Samba New York! is a world-renowned samba performance company dedicated to entertaining, educating, and uplifting people of all backgrounds with the exhilarating music and dance of Brazil.

We are a family-run company led by Founder and Director, Philip Galinsky and Managing Director, Valerie Galinsky — a husband-and-wife team committed to cultural, artistic, and business integrity and to providing extraordinary service to its clients and students.

Percussionist-ethnomusicologist Philip Galinsky founded the New-York-City-based organization in 2003 as a professional performance company inspired by the famous “samba schools” of the Rio Carnaval. Since then, Samba New York! has been teaching and promoting the richness and diversity of the samba — Brazil's most famous music and dance form — bringing its highly-acclaimed classes, workshops, and performances to millions of people in New York City and beyond.

Since its founding in 2003, Samba New York! has emerged as one of the most influential samba institutions outside of Brazil, sharing samba culture with some of the world’s most prestigious companies, venues, and mass media and providing world-class training in the art of samba drumming to countless students of all musical backgrounds.

One of the most respected performers and educators of samba percussion in the US, Philip Galinsky, Ph.D. — a.k.a. “Dr. Samba” — now shares his passion, knowledge, and over 25 years experience in the field to even more students through Samba New York’s online educational project, “Learn To Play Samba.” This cutting-edge program features intensive courses that combine group learning, prerecorded videos, scores, and the option of one-on-one feedback from Dr. Samba himself!

Samba New York's motto is “Live The Rhythm,” because we go beyond ordinary performance and instruction. Instead, we invite people to make samba culture a transformational and fully integrated part of their lives, whether for one moment or a lifetime. 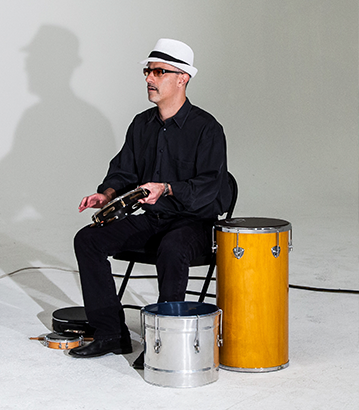 A leading educator and performer of samba percussion in the US, and one of the foremost ethnomusicologists specializing in Brazilian music, Philip Galinsky founded Samba New York! in 2003 and is the group’s Director and principal percussionist.

Conducting music research in Brazil since 1993, he has published widely in the field of ethnomusicology, including pioneering work on the pagode samba and mangue movements. He holds a Ph.D. in ethnomusicology from Wesleyan University, where his doctoral dissertation, Maracatu Atômico, was selected for publication in Routledge’s Outstanding Dissertations series. He has taught ethnomusicology at Wesleyan University, UC Davis, and Hampshire College, also founding and directing samba ensembles at each of these schools.

Having studied with such Brazilian master drummers as Jorge Alabê, Mestre Jonas, Mestre Odilon, Mestre Aílton, and Miguel do Repinique, among many other teachers, he has performed since 1999 as a percussionist in the Rio Carnaval with some of the world’s most renowned samba schools, including Mocidade, Salgueiro, and Imperatriz — a rare honor for a non-Brazilian.

Since 1994, he has taught hundreds of people of all musical backgrounds to play samba. Many of his students have gone on to become leaders of their own groups, including Phillybloco, Unidos da Filadelfia, Harlem Samba, Mais Um, Batala New York, and Fogo Azul NYC. Since 2003, he has emerged as the preeminent samba percussion instructor in New York City, offering regular courses for students of all levels through Samba New York!

He is available as an educator and specialist in Brazilian percussion for master classes, workshops, residencies, lecture-demonstrations, private instruction, live performances, and recordings. 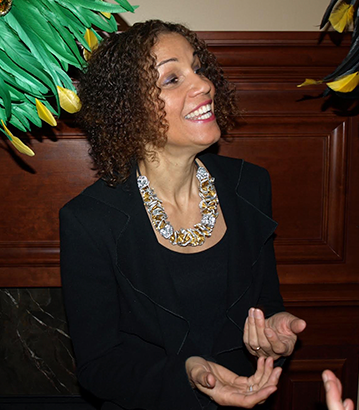 From the Caribbean island of Martinique, Valerie Galinsky earned a degree in Travel and Tourism from Johnson and Wales University in Rhode Island. As Managing Director of Samba New York, she offers creative ideas and support in all areas of the organization, coordinating among the various people involved in its performances and activities. Having helped to make the company’s shows an industry standard in professionalism, she is highly valued by performers, students, and clients alike for her uplifting style, her remarkable ability to make people feel a part of the Samba New York! community, and her impeccable organizational skills.

She also has a certificate in health coaching from the Institute for Integrative Nutrition and is founder of Be Fluent Now, a language company offering one-on-one, online conversation classes in French, Italian, English, and Portuguese. 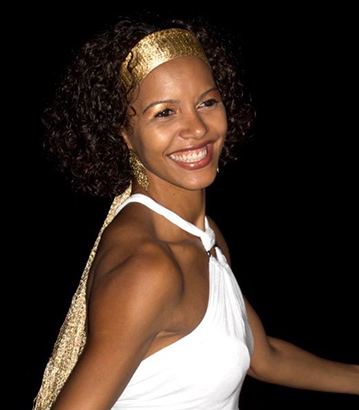 Danielle Lima is a professional dancer, teacher, and choreographer born and raised in Rio de Janeiro, Brazil. From an early age, she discovered a passion for samba when she joined the childrens' wing at the Beija-Flor de Nilópolis Samba School, where she paraded for many years and developed her own style of samba no pé (samba step) inspired by some of the greatest passistas (samba dancers) of Beija-Flor. Her dance education also comes from her studies at the Dance Studio Valeria Brito and Dance Center of Rio, where she studied ballet, jazz, modern, and national folkloric dances. In the year 2000, she left Brazil to work with the Ringling Bros. and Barnum & Bailey Circus dance troupe, with which she toured for three years. In 2005, she relocated to New York City, emerging as one of the foremost samba dancers and teachers in the US.

She has been a vital collaborator of Samba New York's since 2005, serving as the company’s Choreographer as well as a mentor and principal performer of the company’s Dance Wing. Her exceptional talent, commitment to the culture, and creativity have contributed tremendously to the growth and success of Samba New York! for 15 years. Her new choreography is featured in two of our most popular shows: Samba Sensation and Super Samba Sensation. For more information about her work and class schedule, visit: http://www.daniellesamba.com.